The Lake Goldsmith Steam Rally held it 100 th meeting on the weekend of the 4th and 5th of November 2012 .Lake Goldsmith is known more for its Steam Rally, than for its Lake [ usually dry ] its located in Central Victoria, approximately 10 kms South of Beauford and 50 kms West of Ballarat , the Society that run the Rally, stage two meetings per year the November one and again in May, I have a feeling that they have been timed to avoid the use of fires during  the height of the fire season , the area is usually pretty green in those months .Although the meeting is always referred to as a Rally it is staged at a permanent site and has been for about 50 years , the result of this and the nature of the machines means that a small town has grown upon the site . Members, I believe can rent a site ,build some manner of shed and install a large boiler in it, or they can park a travelling hut [ like a gypsy caravan ] live in it for the meetings and whenever they come to work on their machinery . I am led to believe that there are  always people camped in vans there working on the machines and keeping an eye on the stuff that is too big to lock away .
Its not all about steam, the show attracts vintage and veteran cars, trucks and motorcycles ,oil engines  ,military vehicles , earthworks machinery , models of every thing  boats, trains ,aircraft , real aircraft engines and lots more stuff I've forgotten . But the real attraction with this show is that its dynamic  , you would walk down a rutted gravel track and move to the left to alloy a working scale model traction engine to pass , on your left you could see a steam shovel operating a drag line just tip its load on a pile , lots of the sheds that have boilers run pipes out the back as an  exhaust that puff little steam clouds out in the lanes .Steam has an unusual smell with that hint of oil ,steam whistles blow all the time, you can hear the breaking down saw from a working saw mill and in the back ground some sort of fairground music machine ,as you approach the oil engine area the  pop  pop  pop of these engines grow louder and the other noises fade away . The highlight of the show is the grand parade, where everything on wheels does a lap of the oval and the crowd watch as a commentary is broadcast over the PA , its very impressive to see so many of these massive traction engines  gently moving over the ground . 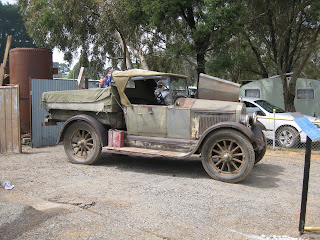 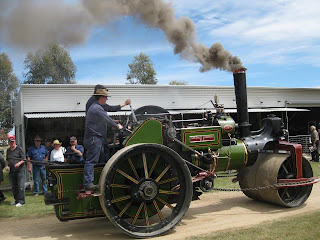 I don't how many times I've been to the Lake, but I think the first time would have been in the late 1960's as my primary interest is motorcycles I wouldn't attend this event every year , but I can highly recommend this show to any one who likes machines , forgot to mention admission $ 15.00, free parking although this year I was in a 50 minute queue [ should have come in on the side road ] all in all I had a great day and caught up with lots of m/c people to top it off .   Here's the pics and some comment   click on the pics to blow them up 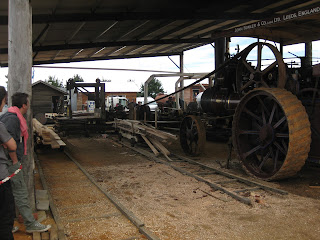 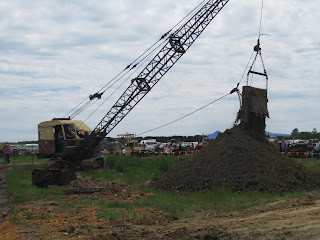 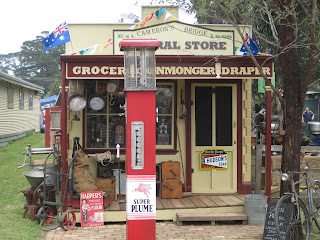 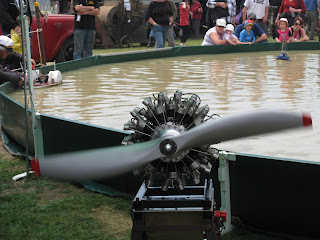 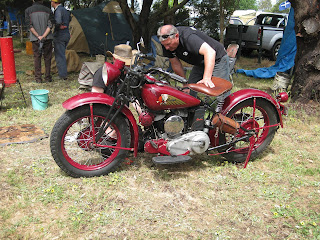 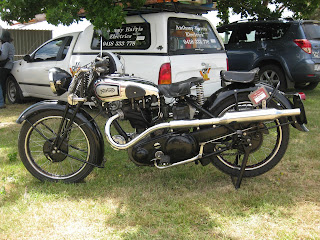 Indian , the motorcycle that is