Deja vu on the Dominator

Saturday morning I had an early lunch geared up and headed off on the Domi I turned right onto the Highway and took the first left and left again onto the Colac Apollo Bay road .I ran to the Birre back road and turned left into Warncoort Cemetery Road and followed this down to the Cemetery,parked the bike and took a few pics of headstones, I thought, would be of interest to members of my family .
Next stop was a couple of miles up the Highway and more pics from the past, I remember vividly sitting on the Domi and riding down that gravel road with Keith on his Ajay beside me , this was the place where I learned to ride and drive and shoot ,we towed a sled up a dry creek bed with a Austin car in order to entertain ourselves , all were made welcome here and all came away the better for it .
The bike was running well and cruising nicely so I decided to cut across to the township of Birregurra through to Deans Marsh and up to Benwerrin and roll down the coast at Lorne .When I hit the curvy bit I found I was changeing between third and dropping back to second in the tight ones mainly for the engine braking it was a nice run, no cars infront or behind .I rolled into Lorne and went straight through without stopping got into the curves around past the Pacific Hotel and thought ,will I go to the Bay or turn back ? Just one more bend ,its easy to find your self in Apollo Bay and realize you are now going to be late for some function, so I pulled over at the St George River went over the bike took a pic and stretched my legs .
The Domi started first kick [after tickling the amal] so I rode back along Mountjoy Parade over the Erskine and up the Colac road and got stuck behind a 121 Mazda . I rounded the car up and climbed back up to Benwerrin, but the motor was missing in the mid range, if I tried incremental throttle openings , it only liked full open throttle [common symptom of worn throttle slides] but not in this case .The problem is I have fitted a Amal Concentric 600 series carby to the bike I have it set up with a 27 mm bore, 40 idle jet, 3 and half cutaway slide , 106 needle jet and a 170 main jet, with these settings it was running pretty well through the gears but wouldn't wind right out, the plugs were telling me its running lean. So I ordered a 180 and 190 main jet and a new needle jet 106 from Amal in Wiltshire . When the jets arrived I installed the new needle jet and the 190 main jet and thats where I'm at now , so I think I have to lean down the mid throttle section with slide cutaway and needle position .
Once I got out of the hills the bike ran beautifully on the flats back to Colac , speedwise Its hard to tell as I am using an original speedo drive 2 to 1 ratio and an Indian repro speedo ,my gut feeling is that its showing 10 - 15 mph fast in the mid range, got some more tricks to try with this later on . All in all I'm very happy with the bike , it tracks well, stops well for its age [with the new front linings ] starts first kick ,vibration is not a problem the only annoying trait is not being able to select neutral when stopped . This is caused by clutch drag and it seems to me that you have to walk a fine line between drag and slip I'll have a go at this later . " So endeth the lesson "
Click on pics to enlarge, you will need to wait for them to load up . 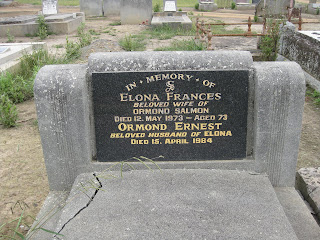 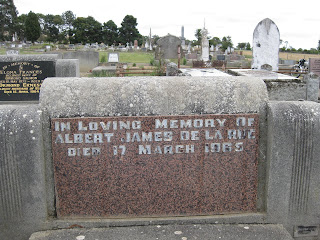 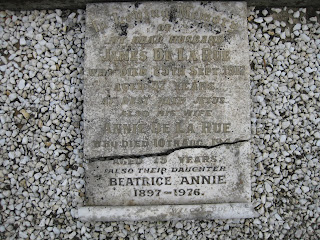 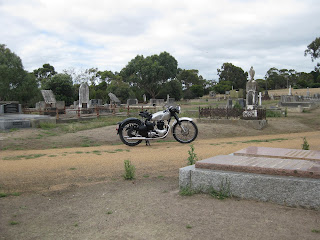 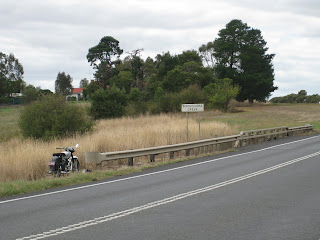 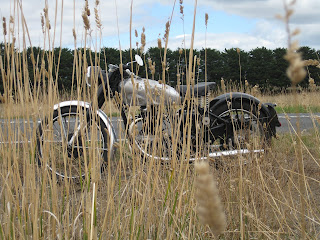 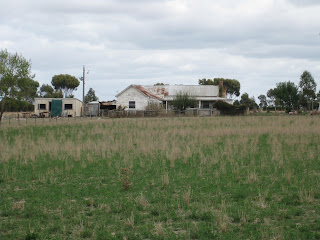 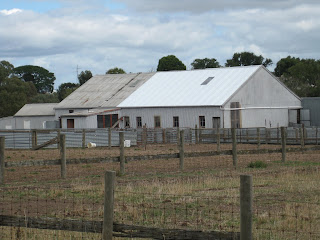 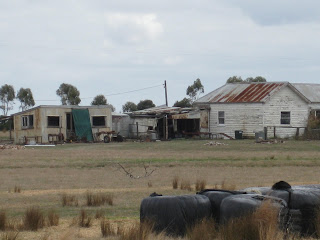 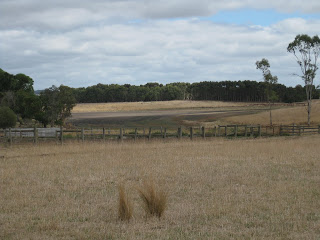 There's fun to be had in dry creek beds the absense of rocks make them suitable for all sorts of mischief on one occasion Phil Provan trailered out his 650 Thunderbird Triumph and we got a taste of power that afternoon . 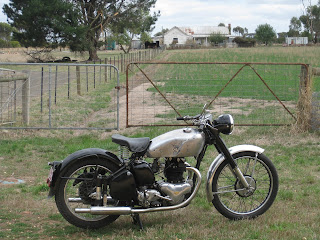 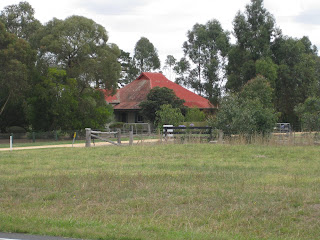 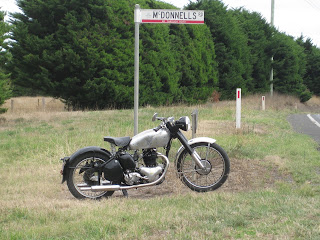 Head out on the highway !
Jules recently recalled when on one occasion he was pillion on Keith's 500 Ajay ,and were doing laps of the gravel road, but this time when hitting the highway instead of turning around ,Keith pulled out on the bitumen turning right and rode down to the creek over the bridge and right into the driveway of the property owners and from there back to the start point .Pretty cheeky considering they were about sixteen on an unregistered motorcycle on highway 1, and it wasn't the last time either ! 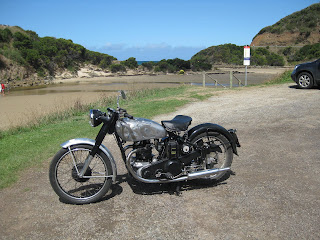 The Domi parked at the St George River
Posted by Steve Kelly at 03:39 2 comments: 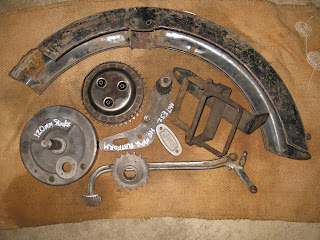 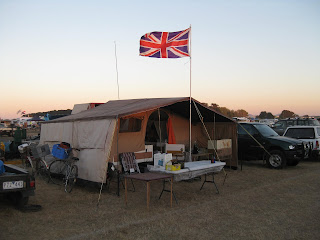 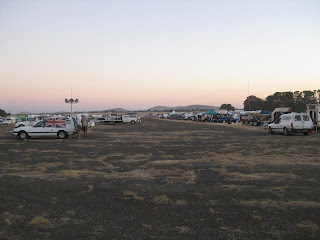 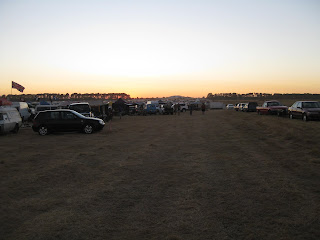 This pic is taken from the South West corner looking East down along a fence line, the layout is in a 'L' shape with the tarmac running down the centre of the L, the service blocks admin ATM's food tents are located in the crook of the L and the two entrances and associated carparks are at the distal points . I found a map showing an approximate area designated "motor cycle area"we're about in the middle of that zone . One little tip for anybody thinking of pitching a tent near the tarmac ,they will need a small sledge hammer and good sturdy tent pegs .
Posted by Steve Kelly at 14:22 5 comments: