The Colac Collectable Car Club ,that enables me to qualify for the club permit registration, usually supports the Heritage Festival by providing a display from the members collections .Now that I have fixed the Domi's gearbox I thought I would ride the Domi in and leave it there for the day .I had a chat with a few blokes and a wander around talking to other exhibitors , the committee decides on a theme each year and this year it was Fordson Tractors Ford Cars and the Potatoe and Wool industries.I took a couple of shots of bikes ,a Military M20 and one with a chair [very nice ]. 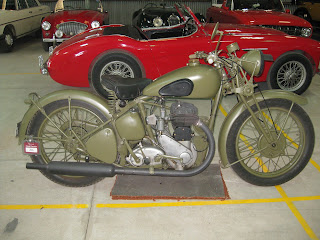 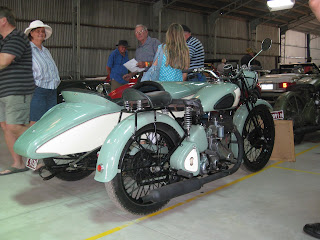 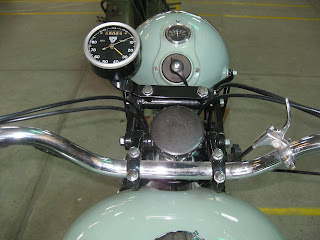 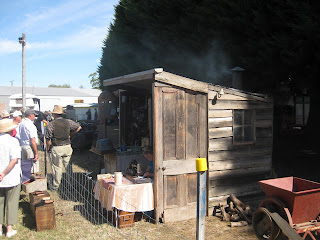 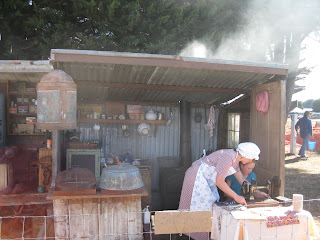 Some of these people go to a lot of trouble at these shows and one display I took a pic of ,shows a set up ,with an oil engine running a small flour mill,from which a bush wife them makes scones and bakes them in a cast iron stove [all portable] ,note the husband spent the day talking to the punters and this poor woman worked like a trojan all day in 33 degree heat .<
You can just make out the husbands back as he chats with the punters , forgot to mention that the young daughter in this family is operating a sewing machine, probably mending Dads clothes
Posted by Steve Kelly at 12:27